This page introduces research projects going in our laboratory. You may join the project you are interested in, or you can start a new project based on thorough survey of literature.

You can survey using google Scholar.

The statement under the window “Stand on the shoulders of giants” comes from the statement mentioned by Isaac Newton: “If I have seen further it is by standing on ye sholders of Giants.” If you want to start a new project, there must be some papers that have common things. We should build our research work on the works of our predecessors. 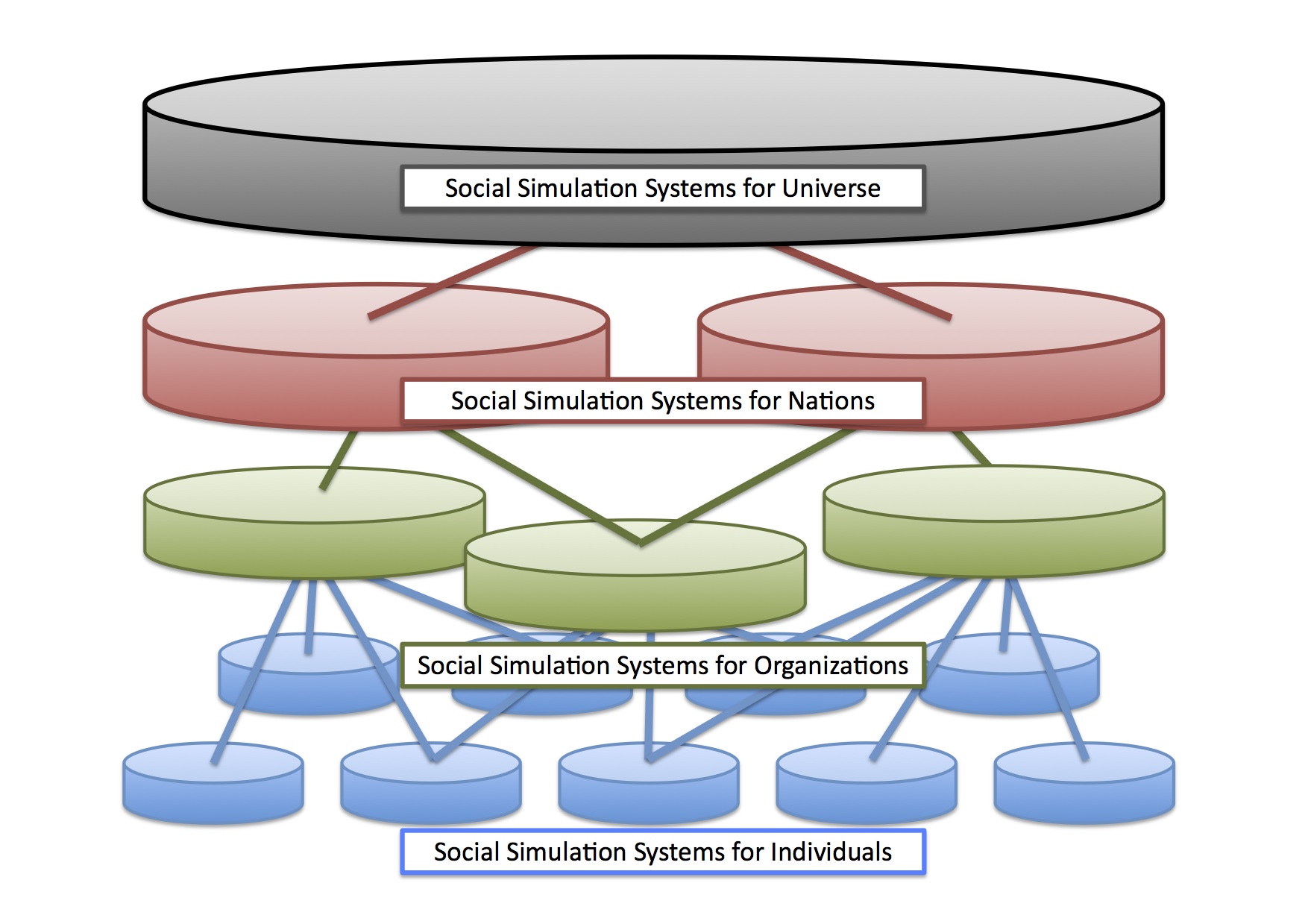 World-level SSS tries to simulate an international network. Real-world-level SSS will have a number of agents who live in that world. Althogh we propose a prototype SSS, our goal is to develop real world trade among residents in the world.

We develop an agent-based simulation model about signaling to avoid a market failure.

This project tries to find a phonomenon caused by a large number of agents in a minority game.

Nation-level SSS reveals effects of policies in a nation.

This project tries to show a relationship between consumption tax increase and economic conditions.

Govenment-level SSS examines policies in a local government or a region with several local communities.

This project shows how to balance the number of travelers who uses several airports.

This project simulates medical institute selection of residents in a city.

This project proposes a multi-objective optimization approach to develop an optimized allocation of voting places to increase the voter turnout.

This level of SSS shows a mechanism of decision making of individuals.

This project reveals a transition of facility selection based on the congestion of the facility. We develop a system based on behavioral economic data.

This project shows how to use a large-scale computing for social simulations with a large number of agents.

Project on Reconstruction of Attributes of Agents: Daiki Masui (2013-)

This project tries to reconstruct attributes of agents from statistics.

This project tries to categorize documents written in natural language.